+++ 8 PM: Ukrainian forces continue shelling. This emerges from a video shared on Twitter by Adviser to the Minister of Foreign Affairs of Ukraine, Anton Zherashchenko. It shows a huge column of smoke across the river. According to Gerashchenko, Russian arsenals were attacked. However, he also pointed out that there is no official confirmation.

The attack was carried out in the city of Perislav. Perislav Nova is located opposite the city of Gakovka. It is one of the few bridges crossing the Dnipro River. However, heavy combat vehicles can no longer use this bridge.

+++ 6.10 pm: The struggle for Kherson continued on Tuesday (August 30). Ukrainian President Zelensky’s office said ammunition depots and major bridges over the Dnipro River were destroyed. Russian state news agency mug It reported five explosions in Kherson, which may have been triggered by anti-aircraft systems.

Ukraine’s Southern Task Force said it destroyed a pontoon bridge over the Dnipro that the Russians were building. In addition, artillery strikes hit a dozen command posts in the Cherson region.

+++ 08.45 am: British intelligence believes Russian forces in Ukraine are “understaffed” in many sectors. This results in severe losses. “Weak supply lines” will make the situation even more difficult in terms of personnel and material. This is particularly noticeable in southern Ukraine, according to reports from the Secret Service in London. Where Ukrainian troops have just launched a counteroffensive, much is missing. Although the Kremlin ordered reinforcements for soldiers in the Cherson region, little was achieved.

“Ukrainian precision strikes” may be partially responsible for the poor supply situation. The secret service meant controlled rocket attacks from areas other than Kherson.

+++ 07.15 am: A Russian patrol was attacked in the port city of Mariupol. On Monday (August 29) night, one soldier was reportedly killed and another wounded by a landmine. Pravda.ua Citing Petro Andryushchenko, adviser to the mayor of Mariupol.

An injured soldier reportedly lost a leg in the blast. Reports suggest that a Russian mine was used in the attack. The information could not be independently verified.

Updated from Tuesday, August 30, 06:48: Heavy casualties have been reported among Russian ranks in southern Ukraine. As reported by the Ukrainian task force “South”, troops from Moscow lost supplies and fighters here.

82 Russian soldiers were killed on Monday (August 29). Three ammunition depots were reportedly destroyed in the Ukraine strike. This information has not been independently verified to date.

+++ 4.45 pm: In the Kherson region, Ukrainian troops have apparently broken through the Russian front line. This was explained by the spokesperson of the “Southern” task force, which provides regular reports from the region. A report from a news website Hromatske Accordingly the Russian soldiers were forced to retreat.

“The Armed Forces of Ukraine have launched offensive operations on several fronts in southern Ukraine,” the spokesman said. The information has not been independently verified. Keep armed forces on the ground Nexta According to reports, the fire broke out at a machine factory where Russian soldiers were repairing their equipment. Video footage showed clouds of smoke billowing over the plant. Neither Ukrainian nor Russian troops have yet commented on the matter.

Loss to Russia: More than 47,000 soldiers are said to have fallen

+++ 10.00 am: More than 47,000 soldiers are said to have died in the war in Ukraine. Ukrainian civil servants announced this on Monday morning, according to reports from news websites Independence of Kiev And Nexta with. Also, nearly 2,000 tanks and over 4,200 armored fighting vehicles of the army were reportedly destroyed. Figures not independently verified – Overview of the data:

Update from 8:30 am on Monday, August 29: In Donbass, Ukraine says it has repelled several offensives by pro-Russian separatists and the Russian military. According to the General Staff of Ukraine, an attack was repelled near the city of Bagmud. Troops have made little progress for weeks.

Near the city of Donetsk, troops have withdrawn Russia It is also said that he tried to attack. It was overruled. There is currently no information on possible losses during the operations.

Report from Monday, August 29: KYIV – It has been raging for six months Ukraine war. In the south of the country, Russian troops are again struggling with heavy losses. The Southern Military Command of the Ukrainian Armed Forces announced on Sunday (August 28) that troops from Moscow had been hit by artillery and airstrikes.

See also  "No options are excluded": Russia threatens Russians after the Crimean incident

41 soldiers from Russia are said to have been killed in this attack. Also, soldiers are said to have lost a large amount of military equipment. The information comes from the Ukrainian military command “South” and has not yet been independently verified. that the Relatives recently complained that conditions for Russian troops were not good Players. 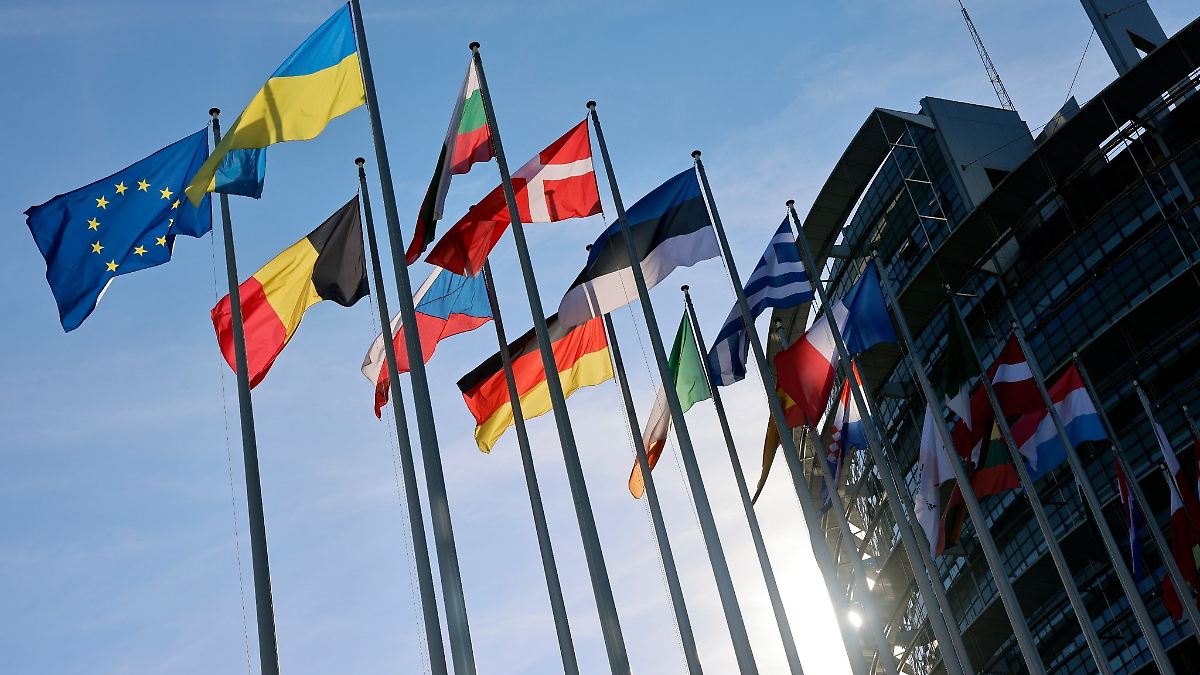